So it’s finally time to launch the blog. Can’t put it off any longer. Time and tide wait for no blogger…

Quips ‘n’ Chords is all about songs. Specifically, song lyrics. And the influence they can have on us. It will be focusing on (not exclusively, though) blues music. Because in blues lyrics you can find almost every human emotion, battered and stretched to its bone-breaking point.

But this blog ain’t about lingering in the past. It’s also gonna keep a finger on the pulse of these ever-changing times… Actually, it isn’t.  Because times are always changing. And, let’s face it, always have been. You can’t keep up with them.

People always believe that they are caught up in changing times. This was brought home to me when I was working on my recent ebook, A Blanket of Blues. To get myself more in touch with the fraught mind of Fingers Flaherty, I found myself listening to a lot of blues music. One of my favourite blues songs is “James Alley Blues”, performed by the wonderfully monikered Richard “Rabbit” Brown. (Sadly, he didn’t live long enough to get to perform with Willie Hutch…)

The melodic guitar playing and Brown’s sweet singing voice make “James Alley Blues” one of the more accessible early blues songs. It was one of just six songs that Brown recorded in New Orleans back in March 1927, when he was forty-seven. And guess what was on his mind:

Of course, when times are changing, it’s often heralded as a good thing, a throwing off of the dusty old winter blanket in favour of bright spring threads. Maybe it’s just some unexpectedly resilient optimism deep within us that makes us believe that we’re on the cusp of a brighter future, that things are going to change for the better.

Sarah Palin may have dismissed it as “that hopey changey stuff”. But sometimes we can’t help clinging to the belief that, in the future, things will change and dreams will come true. No matter how unattainable those dreams are. This is what spurred on Jay Gatsby in F Scott Fitzgerald’s The Great Gatsy:

Gatsby believed in the green light, the orgiastic future that year by year recedes before us. It eluded us then, but that’s no matter – tomorrow we will run faster, stretch out our arms farther…

Other times, the future isn’t quite so orgiastic. Everything changes in time, but change isn’t always welcome. It’s a sign that we’re getting older. Brown is brusquely accepting about the unwelcome changes that life has delivered to him:

I done seen better days, but I’m puttin’ up with these.

Maybe it’s not the times outside that have changed, but Brown’s own domestic life. His relationship with his woman is clearly in a state of traumatic transition. In one of the most devastating verses in the blues canon, he sings with frightening conviction:

Sometimes I think that you’re too sweet to die,

Sometimes I think that you’re too sweet to die,

And another time I think you oughta be buried alive.

When people look back to simpler times, they’re often just looking back to a time when their own lives seemed simpler, when things seemed to make sense. Raging against change is sometimes nothing more than a sentimental yearning for lost youth. The revolutionary troubadours of yesterday in time start to perform on the nostalgia circuit.

Many singers over the years have warned about the deceptive glow of nostalgia. Billy Joel, for example, in “Keeping the Faith”:

You can get just so much from a good thing,
You can linger too long in your dreams.
Say goodbye to the “Oldies But Goodies”,
Cause the good ole days weren’t always good,
And tomorrow ain’t as bad as it seems.

Billy Joel is no stranger to the nostalgia circuit himself. But when he performed in Russia in the 1980s, guess which song he included in his sets. Yes, “The Times, The Are A-Changin’”.

Which brings us back to Bob Dylan. He of course was aware of “James Alley Blues”. He performed it at a party in Minnesota in 1961, and again in New York in 1962. Ever the songwriting magpie, he called out to James Alley in one of his own songs.  Brown, in a pique of classic blues defiance, asserts his independence from his woman:

I’ve been givin’ you sugar for sugar, let you get salt for salt,

I’ll give you sugar for sugar, let you get salt for salt,

And if you can’t get ‘long with me, well it’s your own fault.

Dylan, not surprisingly, is a tad more apocalyptic in “Down in the Flood”:

Well, it’s sugar for sugar, and it’s salt for salt,

If you go down in the flood, it’s gonna be your fault.

Time and tide (and floods) wait for no one. But are times changing a bit faster these days? Maybe even a bit too fast? 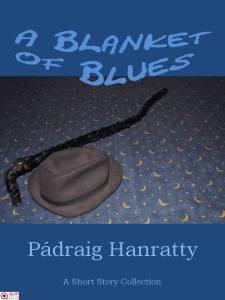 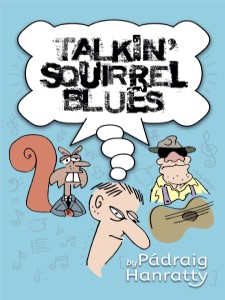